Home » Politics » Treasury secretary on turning over Trump tax returns: 'We will follow the law' 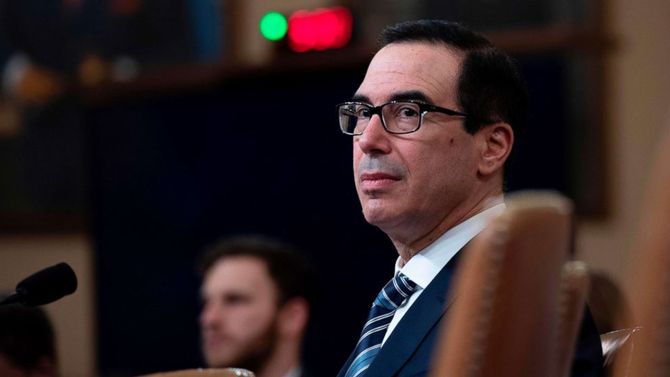 House Democrats grilled Treasury Secretary Steven Mnuchin on Thursday about how he would handle a request from Congress for the president's tax returns at a Capitol Hill budget hearing.

Democrats, led by the Ways and Means Committee and Chairman Richard Neal, D-Mass., are carefully preparing to request 10 years of the president's personal returns -- and fight the subsequent legal battle expected -- in the coming weeks. 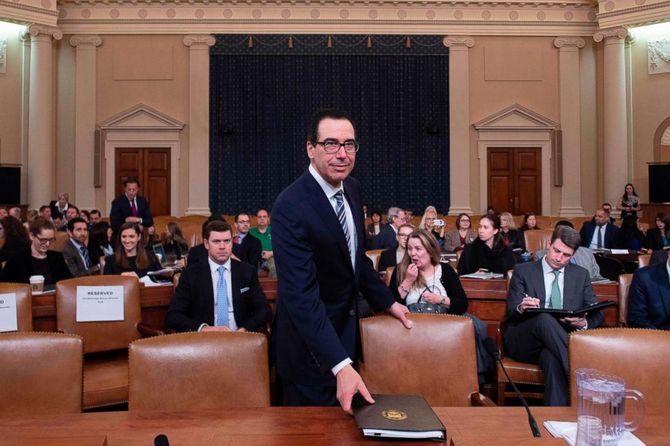 At Thursday’s hearing, Rep. Lloyd Doggett, D-Texas, asked Mnuchin: “Have you received any instruction or guidance of any kind about how to handle congressional requests for President Trump’s tax returns, and if so, from whom?”

“First of all, I haven’t received the request. If you have the request for me today I’m happy to accept it,” Mnuchin answered. “I can’t speculate on the request until I see it.”

He added that he has discussed it with Treasury’s legal department.

Before the hearing, Rep. Brendan Boyle, D-Penn., told ABC News, "It would be completely legitimate to ask him about any topic that falls under his purview as secretary of the Treasury. It is actually a basic function of oversight that's one of the main responsibilities of Congress."

The Treasury secretary is required to "furnish" any individual's tax return information to the chairs of three congressional committees "upon written request," under a 1924 provision of the federal tax code.

But the Trump administration is expected to fight the request, and a spokesperson for Mnuchin has told ABC News that the secretary would "review any request with Treasury's attorneys for legality."

Mnuchin was also to appear before the Senate Finance Committee Thursday to discuss the president's 2020 budget request.

Sen. Ron Wyden, D-Ore., the top Democrat on that panel, has raised questions about Treasury's decision to ease sanctions on companies linked to Oleg Deripaska, a Russian oligarch with ties to the Kremlin.

Democrats also want to press Mnuchin on the impact of the GOP tax bill, including tax refunds. They previously sought his testimony on the partial government shutdown's impact on taxpayers.